The temple of St. Sava Attraction

However, long before the actual start of construction, there were ideas and a desire to build a temple in this very place, in 1895, after the burning of the remains of Saint Sava, the "Society for the Construction of the temple of Saint Sava" was  founded. A small church stood where the current St. Sava temple is, but in 1905 after announcing a tender for the project, the church was moved. The competition had five projects but all five were rejected as not sufficient.
The First and Second Balkan War as well as the World War II stopped any progress in the construction of the temple, and in 1919 after the war, the Community has re-started its plans.
In 1926 the competition was renewed and Bogdan Nestorović got second place, his solution was considered to be the most successful. In 1930 the architect Bogdan Nestorovic, along with architect Aleksandar Deroko and engineer Vojislav Zadjina got approval for the execution of the project of building the Temple of Saint Sava.
Construction was interrupted by the German attack on Yugoslavia in 1941, and until then only the foundations and walls in the height of 7 and 11 meters had been built.
Upon arrival of the Patriarch German at the head of the Serbian Orthodox Church the construction was continued in 1985, when the patriarch consecrated the ground of the temple once again.

The most interesting achievement was raising the dome of the temple of St. Sava, heavy 4000 tons. The dome was constructed on the ground, together with the gold cross heavy four tones, that was then placed on the 40-meter-high walls of the walls.
At the initiative of the then Serbian Prime Minister Zoran Djindjic a consortium to finance the construction of the temple of St. Sava, with the blessing of Serbian Patriarch Pavle and with the support of Alexander II Karadjordjevic was established. By this act the Community to raise the Temple of Saint Sava was renewed .

The exterior of St. Sava temple was completed in 2004, in addition to the facade the bells and the windows were built and set, but work on the interior and the interior decorations are still underway. The temple of Saint Sava was built in Serbian-Byzantine style, it has four towers 44 meters high, with a gilded cross high 12 meter in height that with the dome is 82 meters. It stretches over 3500 square meters on the ground floor, 1,500 square feet on the first level, there are three galleries and 120 square meters on the second level where there is a lookout that circulates around the dome. Saint Sava Temple is adorned with 49 bells from the Austrian foundry Grassmayr and 18 gilded crosses. It is coated with white marble and granite.

Under the temple of St. Sava, spread on 1800 square meters is the Church of Saint Tzar Lazar, which is home to the treasury of Saint Sava and the crypt of the Patriarch of the Serbian Orthodox Church. 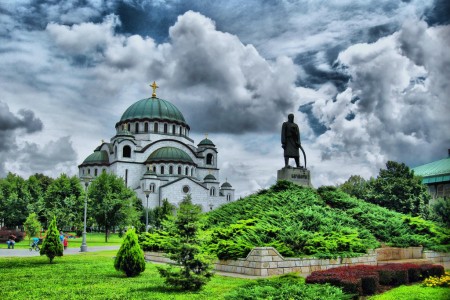 Apartments near by Attraction Hram Svetog Save 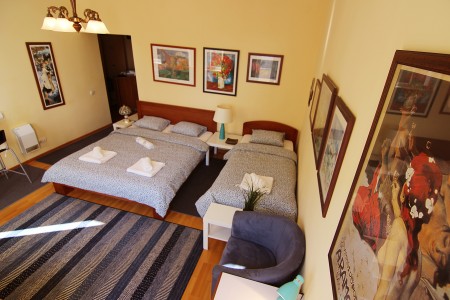 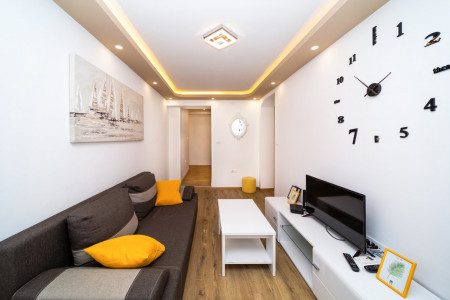 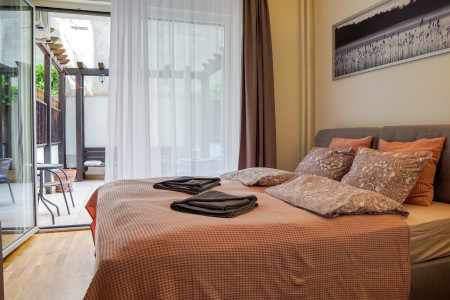