From palisade earthen walls it developed into a Roman castrum, then a Byzantine castle, the capital of the Serbian despot of the Middle Ages that would then become Austria's Ottoman artillery fortification. The Belgrade fortress today is a of witness to the history of development of a city and a nation, its endurance, courage and combativeness. With the Kalemegdan  field and Kalemegdan Park  it is a whole, and as that it is a refuge and an oasis of peace against the hustle and bustle of the streets of Belgrade.
Historically, the Belgrade fortress is of great strategic importance in the many wars that were fought in this area. With its location on the border of the Balkan peninsula and the Pannonian Plain it has been subjected to frequent strikes, because it is a key crossroad for travel and trade roads that are conjoining Salonika and Constantinople with the interior of the European continent. Besides land routes on the site of the Belgrade fortress there are two rivers that intersect and are perfect waterways conjoining the european and eastern lands.

Roman castle
The first found traces of habitation are dating back to the Neolithic era, and the first city fortification dates from the time of the Celts,  in the area of ​​today's neighborhood Karaburma, where the city of Singidunum developed.
It is believed to be the oldest fortification of the Belgrade fortress that originated in the period between 6 and 11 AD, due to the siege of the northern border of the Roman Empire by the barbarian tribes.
That is when the Roman Empire had just raised the first fortification from earth ramparts and palisades, in an attempt to defend its borders from frequent sieges by the tribes. This defensive fortress was later turned into a Roman castrum, which was  a key component of the limes.
On an rectangular area of ​​560m with 350m it occupied the area of ​​the Upper Town with a part of Kalemegdan park, all the way to the Pariska street. This Roman castrum was the permanent residence of the fourth Flavis legions during the first centuries. However, after the division of the Roman Empire the fortress became a part of the Eastern Roman Empire in 359, and was given the name Singidon. The attack of Huns in 441. The fortification was demolished, and just a couple of centuries later conquered. In 471. Theodoric conquers the fortress, just to leave it in 498. because of the Ostrogothic migrations to the Apennine peninsula.

Medieval fortress
During the reign of Byzantine Emperor Justinian I the fortress was reconstructed and rebuilt, and its surroundings were inhabited by Serbs during the Slovenian migration to the Balkan peninsula. In the 8th century the Aubreys completely destroyed the fort and for a while it was abandoned and forgotten.
The early Byzantine fortress was built in white stone that shone from its position above the Pannonian plains, after what the fortress was given the name the White city, after which the village and fortress are mentioned for the first time in the letter of Patriarch Jovan VIII addressed to Bulgarian Khan Boris.
Over the centuries, there were many alternate governors and administrators of the Belgrade fortress, Bulgarians, Byzantines and the Hungarians, but in the 12th century it once again falls into the hands of the Byzantine Empire. In 1112 the Hungarians manage to briefly take over, however, due to their own inability to defend the city, they demolished the fortress and the material which was used to build it was send to Zemun city and used for building it. During the reign of Manojlo Komnin in the period from 1143. until 1180 the Byzantines occupied Zemun, and the stone that was brought to Zemun was sent back and used to reconstruct the Belgrade fortress, as well as building the deltoid castle in the dimensions of around 135m with 60m.
The consequences of numerous upheavals were changing the rulers of the Belgrade Fortress and the city, during the time between 1183. to 1355. In 1183. The Magyars conquered the fortress again and ruled it until the beginning of the 15th century, with a small break in 1284 when the King of Srem Dragutin managed the castle, after what his brother Milutin followed his steps. The Hungarians took over again in 1319. During the reign of Milutin he expands the Belgrade fortress fortification to Sava river.

Belgrade Fortress at the time of Despot Stefan Lazarevic
In 1403, the Serbian despot Stefan Lazarevic made a vassal contract with the Hungarian king Sigismund and the Serbian despot regained Belgrade and some other areas. The fortress that was destroyed by the Ottomans in 1397 was reconstructed and rebuilt, and in 1405 it became the capital of Serbia.
The Upper town was rebuilt and expanded in a system of double walls, while on the land side a deep channel was dug. Despot Stefan Lazarevic build a fortified castle on the land of Manojlov castle, where the Tower Nebojsa, donjon, is today, after what he expanded the pier to accommodate larger warships.
After the death of the despot Stefan Belgrade once again became the property of Hungarians who further strengthened and fortified it because of the frequent Ottoman siege attacks.

The artillery fort
In 1688, the Austrians took over the Belgrade fortress and begin reconstruction of the medieval fortress to an artillery fort. In 1696. this reconstruction ends under Andrej Kornar and the Ottomans, which in the meantime regained the city. However, during the bombing the fort and its gunpowder warehouse were hit by a during the bombardment, causing a large explosion that destroyed almost the entirety of the Despots city.
In 1717 the Austrians occupied Belgrade and from 1723 to 1736. they repair and further develop the fortress. In 1739, the fortress was returned to the Ottomans without a fight by signing the Treaty of Belgrade, after what the Austrians were forced to tear down the newly built walls.
But in 1789 the Belgrade fortress once again falls into the hands of the Austrians until 1791. When it was yet again given over the Ottomans under the provisions of the peace treaty of Sistova.
In 1807 Karadjordje and the Serbian rebels conquered the fortress and it remained under their rule until the end of the first Serbian uprising in 1813.
After the Ottomans leaving Serbia the keys of the Belgrade fortress were given to Mihajlo Obrenović in a symbolic gesture on 19th of April in 1867.
A little later the fortress as stripped of its military character and it becomes a part of the whole of the Kalemegdan.

During the bombing of World War almost all the buildings inside the fortress were destroyed, and the walls were heavily damaged.

During World War II the fortress was the center of the German occupying forces, up until the 20th of October, in 1944. When the liberation of Belgrade happened and the JNA troops moved in. After the fortress was put under the protection of the state the troops were were forced to leave the Belgrade fortress. 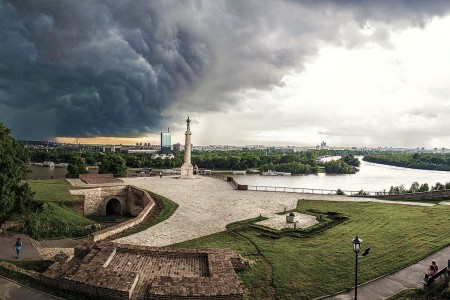 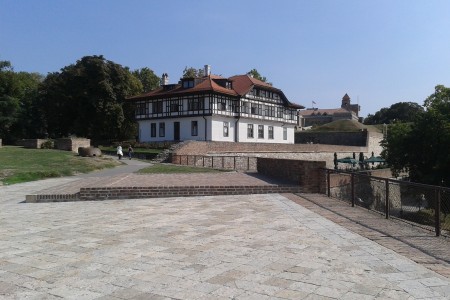 Apartments near by Attraction Beogradska Tvrdjava 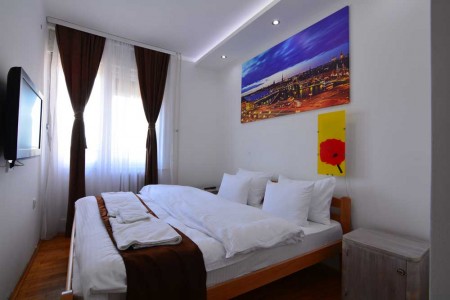 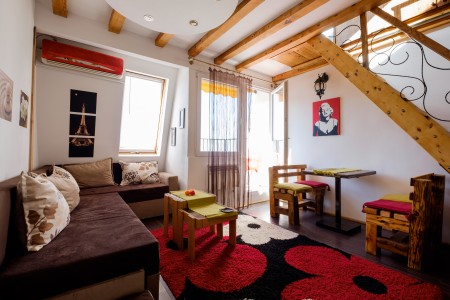 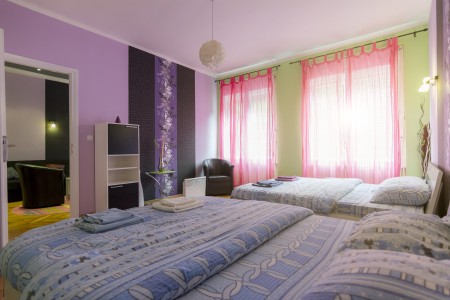