Belgrade Attractions - Bajrakli mosque from the list Belgrade Attractions is located on Gospodar Jevremova street in the old part of Belgrade in Dorcol. It was built during the 1575 and is the only remaining mosque in Belgrade, out of the former 273, that existed during the reign of the Ottoman Empire. Between 1717 and 1739, during the Austrian occupation of Serbia it served as a Catholic Church, however, after the Ottomans conquered Belgrade again it returned to its original function.
On 18th of March 2004 it was damaged in a fire in a mindless act of violence as revenge for the burning of Serbian churches during the riots in Kosovo and Metohija.

At the time when it was built it dominated its surrounding with its size. It is believed that the Bayrakli Mosque was built on the site of a former mesdzid, in the second half of the 17th century as an endowment of the Turkish Sultan Suleiman II.
Its original names were after its restorers, Čohaši-mosque after Čokaš Hadzi Alija and Hussein Cehaja mosque after Hussein Cehaja.
The name Bayrakli mosque was given to it in the late 18th century or early 19th century. The name was taken from the Turkish language where bayrak means banner, its literal name "bajrakli" means with a flag. This name was given because Bayrakli mosque was the only mosque in operation at that time, precisely the only mosque with a flag that called on for prayer.
At that time it was the main mosque and it had a Muvekit, a man who was counting the time in the Islamic calendar, taking accounts of important religious holidays, taking care of the mechanised clock and kept it in operation, put up the flag on the minaret and signalised the start of the prayer to other places of prayer.

In 1868 the minister of education and church relations received an order from Mihailo Obrenovic to choose one of the existing mosques and enable it for use for the Muslim community.
After habilitating the mosque in 1868 the Bayrakli mosque received its first imam and muezzin.

The Bajrakli mosque was restored several times, and after World War II was given the status of protection by the state as a sight of great historical significance.
It was built of stone, and only some segments were done in brick. It is a one storey building with a dome and minaret. Rectangular in shape with an octagonal dome. The windows are decorated with oriental, round arches, and the whole building is simple and without too many ornaments. The minaret is located in the northwest, on the outside of the mosque.
Right across the entrance on the inside of the mosque is the mihrab, a small dent in the wall, decorated in oriental style, which indicates where Mecca is, to be exact, where one should turn towards during prayer. Next to the mihrab is the minbes, a low elevation from where the imam addresses the people or holds a sermon.
The interior is modest as well as its exterior, and next to the mosque, in its yard, there is a religious school or madrasa. 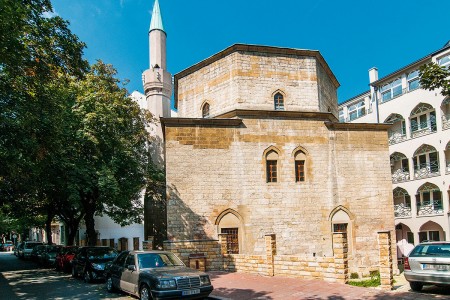 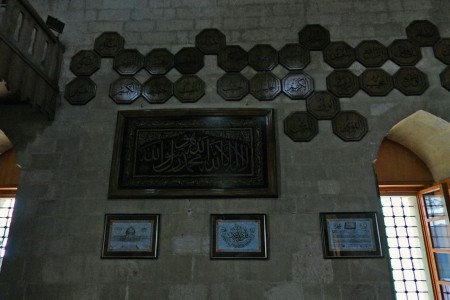 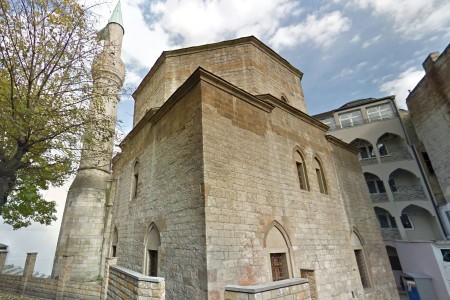 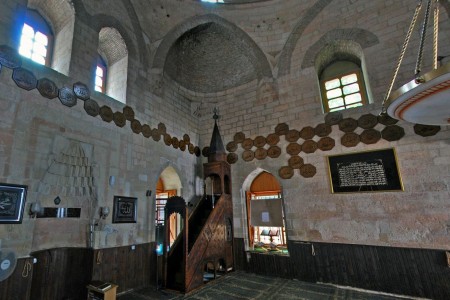 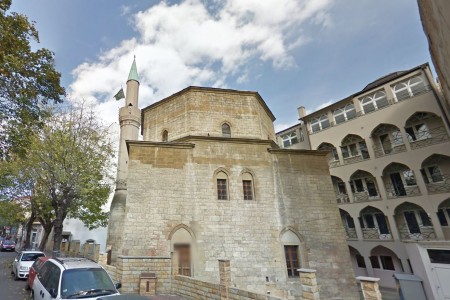 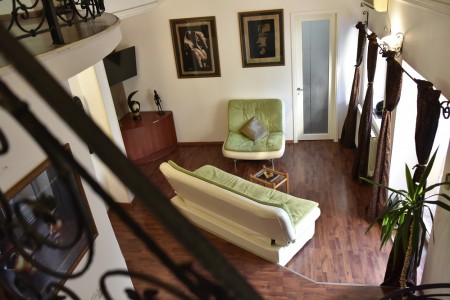 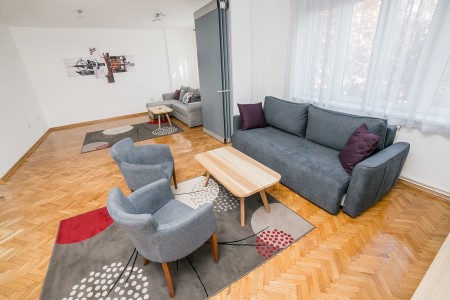 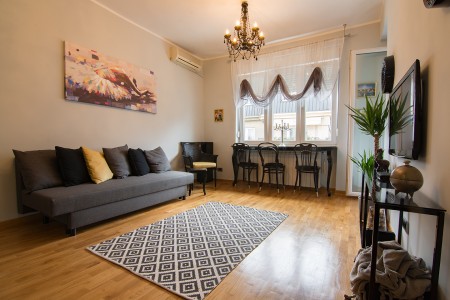