The interior of the Royal Palace exudes flair, the Ceremonial Hall is paved with stone, and its walls adorned with copies of frescoes from Dečani and Sopoćana, the Blue saloon is in the Baroque style, and the Gold lounge and large dining room in the renaissance style. The Golden saloon is adorned with pictures of Jacopo Palma Vecchio, in the Blue Room you can see Nicolas Poussin’s painting "Venus and Adonis". In the same manner are decorated the Small and Large librarie.

The  surrounding of the Royal Palace is full of other buildings like pergolas, park terraces, a pavilion, a swimming pool and a concert terrace, and the Royal Palace, which is on the edge of a cliff, overlooks Dedinje, Topcider, Kosutnjak forest and Avala.

The rooms of the  first floor are still being used by the royal family of Alexander II, while the rest of the Royal Palace is open to the public and is one of the favorite historical sights of tourists.
The park surrounding the Royal Palace was designed by Eduard Andre, renowned landscape architect.

Apartments near by Attraction Kraljevski Dvor 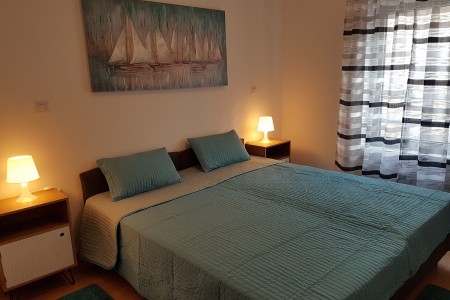