Savamala in addition to Palilula, was the only suburb inhabited mainly by Serbs in the early nineteenth century. It started from the current Kraljevića Marka street and encircled the area around Zeleni venac, Bosanska street (now Gavrila Principa) and Abadžijska street (Narodnog Fronta). Manak's house testifies to the condition before regulation and the emergence of a new Serbian Savamala. By order of the prince, "indžiliri" had to keep and guard it, while the rest of Savamala was being demolished and reconstructed. No one knows the exact time of the house of Manak construction. It is assumed that it was built at a time when Princess Ljubica’s home and the tavern "?" were built.
There are many legends that are related to this house. According to some traditions, it was a tartar (post office) for Prince Milos Obrenovic. At the time of Milos Obrenovic post offices the way we know them today didn't exist. The transfer of mail was carried out by postmen on horseback who were called Tartars. While carrying the mail, tatars would briefly stay in postal stations, where they changed horses, rested and ate. The stations were called Tatar, and one of them was Manak's House, as it was on the line where the Tartars passed through with official letters and government documents.
This old town house is associated with the legend that it was given to the Turkish aga and his harem. It is known that the house was bought by a Greek under the name Manojlo Manak, which in the seventies of the nineteenth century  had a bakery and a coffee shop on the ground floor, while the first floor was used for living. The house got the name after his cousin Manak Mihailovic.
In the memory of old  Belgradian it was remembered as a cafe. On the oldest photo, kept in the Museum of the City of Belgrade, one can see the inscription with the name Arsa Petrovic, and a cafe patio in front it. In addition to interested photographers, the layout of Manak’s home was recorded by Staudinger, an architect and by a graphic designer, Luka Mladenovic.
With its structural characteristics, Manak's house, located on the old regulation, documents the development of Belgrade. It reflects the construction methods, adjusting the field and housing culture of the time. The house was built with a wooden framed system with adobe brick in the mud. It is covered with tiles. The layout of the rooms is the result of inherited regulation and an uneven terrain. It has a basement, ground floor, mezzanine and first floor.
In the mid-fifties of the twentieth century, the building was ruined and prone to falling. Its demolition was prevented, and the Institute for Protection of Cultural Monuments from 1964 to 1968 brought restoration and conservation. The fundamentals of the reconstruction project were entrusted to architect Zoran Jakovljevic and on this occasion the foundations have been reinforced, the wooden half-timbered construction has been replaced, and the scheme and size of the rooms were kept. The details of the interior - wooden ceilings, odzaklija’s and stairs were preserved as well. The doksat was completely reconstructed by analogy with individual objects from that time, such as architectural choices from Belgrade, Grocka and Sopot.
The reconstruction was done specifically for accommodating the collections of painter and collector Hristifor Crnilovic.
Today Manak’s house is home to workshops for the study of traditional crafts and folk art - hand-weaving and pottery, as well as schools of classic graphic techniques. The ground floor of the house is an ethno-showroom. The preservation of this architectural monument as a cultural center with exhibitions that in this environment evoke the spirit of the old Belgrade, give the house and the museum value and space for education. Today, along with historical sources , it is a witness of the development of the Serbian society, how they developed residential architecture and the economy of the time, as well as the continuity of the development of architecture of the nineteenth century. 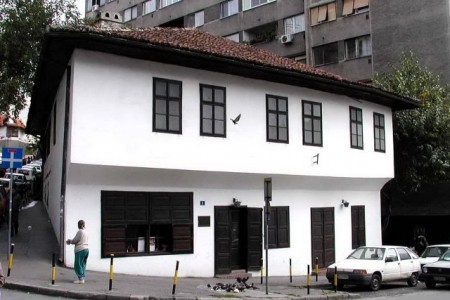 Apartments near by Attraction Manakova Kuća 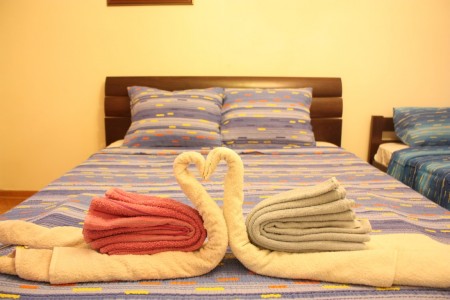 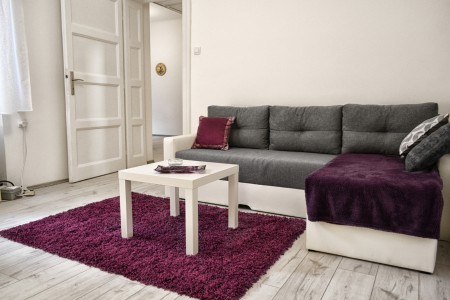