On June 15th, 1862, at noon, the boy Sava Petrovic, apprentice, was sent by a craftsmen to pour water from the Čukur fountain. Beside him there were the Turkish nizami who were also looking to satisfy their thirst. According to the legend, one of the Turkish soldiers took the pitcher out of Sava’s hand but the boy tried to defend himself. This angered the Turkish soldiers and in anger one had hit the boy on the head with the pitcher, killing him on the spot. This event triggered a series of riots of Serbian people against the Ottoman rule.
Shortly after the attack on the boy the Serbian policeman came to Čukur fountain and arrested his killer. However the arrested soldiers had help that arrived shortly after, other Turkish troops stepped in and the conflict quickly grew into a fierce battle. The fight lasted all night, and the news of it quickly engulfed whole Belgrade sparking a series of clashes in the city. The main battle took place on Velika pijaca where Sima Nesic, whose name Simina street still carries, and Serbian policeman Djordje Nišlija were killed. This caused a sort of uprising of the Serbian people which resulted in Serbs conquering the Varos gate. The Sava Gate and Stambol Gate were destroyed on that occasion.
News about the coup came to the rest of Serbia, and Prince Mihailo immediately sent an ultimatum to the Turkish authorities to leave town. Tomorrow the day passed peacefully but the next day, on June 17th, 50 cannons from the Belgrade fortress opened fire at Belgrade, killing 50 soldiers and citizens, and destroying 370 houses.
That same year, 1862, in July, the negotiations on the independence of Serbia had been commenced, the meeting was attended by Russia, France, England and Austria, in Kanlidža near Istanbul. The decision was made to evict the Turkish people, and already in the following year about 8,000 Turkish citizens were moved back to Turkey.
A truce was signed by Ilija Garašanin and Ašir pasha and with that the occupation concluded, after what the Turks have begun to surrender towns "for safekeeping" to Prince Mihailo.
In 1867, the keys to the Belgrade Fortress were handed over to Knez Mihailo during a ceremony on April 6 at Kalemegdan.

In 1931 the memorial fountain was built in the same place as the Čukur fountain from the story. Raising the drinking fountain was financed by an endowment of Toma Vanđel, by the project of sculptor and academician Simeon Roksandića. At the top of the memorial fountain is a sculpture of a boy with a broken jug, the model of the sculpture was a famous football player of BSK, Vlastimir Petkovic Kepa.
The sculpture represents an event which began a series of important historical events, the death of the boy Sava Petkovic. The official name of the sculpture is "The boy with the broken jug". 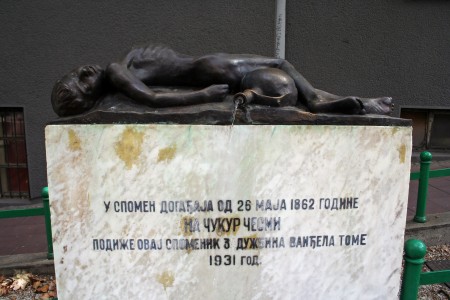 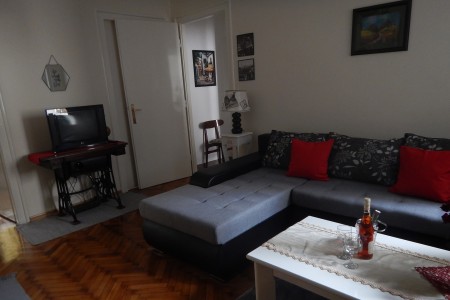 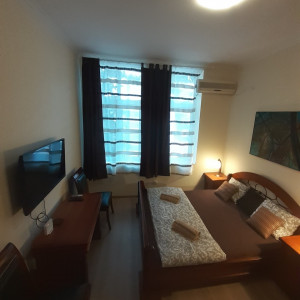 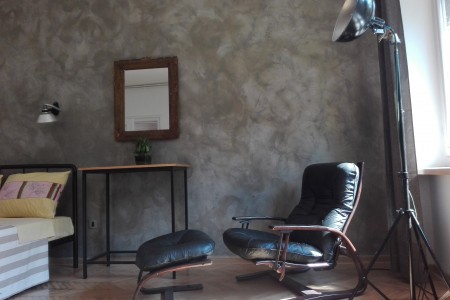